Benefits of a Cool Roof

In a pre-engineered steel building system, a cool roof refers to the color of the metal roof cladding.

A “cool roof” holds a double meaning. First, we’re talking about the color of the metal roof cladding. Cool colors are lighter options (such as white, or yellow) in the spectrum, and they have numerous positive effects on both the building, and the surrounding environment. Second, we mean they keep your roof, and structure, cool.

Using a lighter color option provides a much higher reflective property for solar rays, and emit higher levels of thermal heat as opposed to dark colors, or galvanized steel. This ability to reflect solar rays refers to infrared, ultraviolet, and visible light spectrums from the sun. Mostly, solar energy is absorbed, but choosing a cool roof allows for it to be emitted, or reflected, back outwards.

There is a phenomenon known as Urban Heat Island. Maybe you’ve heard of this, maybe you haven’t, but it occurs in areas of urban developments that feature dark roofing. A higher temperature is seen in the location as opposed to it’s surrounding areas, especially at night. Why? Throughout the day these structures are retaining heat from the sun, as well as the buildings around them, and the use of their mechanical systems such as air conditioning, or stove tops. This rise in temperature brings a higher cost to keep the housing cool, and impacts the environment as well. It alters wind patterns, rain fall percentage, cloud development, the percentage of thunderstorm activity, and is damaging to our health. Almost 90% of the roofs in the United States are dark in color, and contribute to this harmful effect.

The Benefits of a Cool Roof on a Metal Building 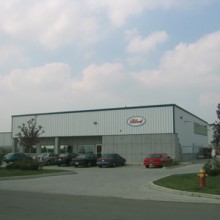 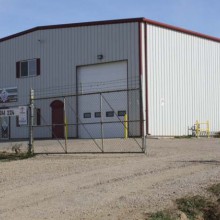 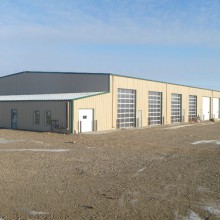 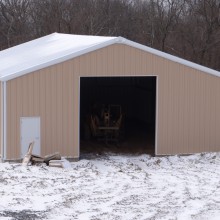 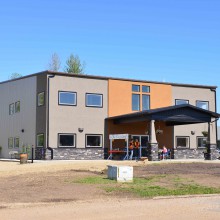 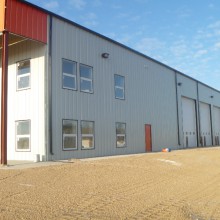 Using a cool white, or other light colors, has numerous positive effects on the building and the surrounding environment.  A cool colored roof provides a much higher solar reflectance and a higher thermal emittance than other dark colors or galvanized steel. Solar reflectance refers to the colors reflection of infrared, ultraviolet and visible wavelengths of the sun. Thermal emittance refers to the colors absorptive abilities of solar energy. Both these values are measured between 0 and 1; the higher the value, the higher the roof ability to reflect the sun’s heat. The effects of urban development have been observed in a phenomenon call “urban heat island”. This occurs in a developed area that experiences higher temperatures than its surrounding area, especially at night. This is caused by buildings retaining heat during the day, as well as waste heat expelled by buildings mechanical systems. This rise in temperature has numerous harmful effects on the environment including altering wind patterns, rain fall, development of clouds and thunderstorm activity as well as peoples health. All this impacts the cities weather as well as surrounding ocean and rural areas. And almost 90% of the roofs in North America are dark in color.

There are numerous benefits of a cool color on a metal building roof.

As mentioned, there is a slower deterioration rate of the cladding on the roof itself. Since the sun is almost entirely reflected off, the harmful effects the sun can have on it are alleviated. Second, it limits the need to use a system like air conditioning by 15 to 25 percent. Which is a huge savings in cost for you. The bright metal building roof will drastically help keep an optimal temperature inside the structure. It’s not just cooling cost, though, a lower heat gain increases the efficiency of insulation for heating as well. So you’ll be saving money all year round. Third, pollution is reduced through reducing the operation time of mechanical systems.

Staying with green designs, we certainly offer the option of a cool roof on our structures. Plus, it can really help to match other structures on your property. By saving you cost, and aiding the environment, it’s a win-win!